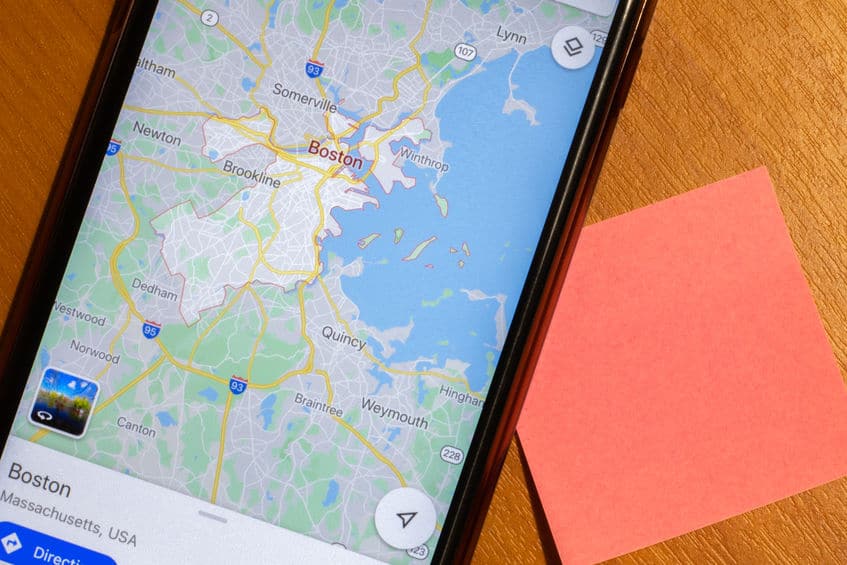 Batch geocoding has been possible for many years but how can we take advantage of the service provided by Google Maps to carry out batch geocoding?

The answer is not obvious for those who work with postal addresses every day. We know that Google Maps offers the geocoding service via API, address by address, and gives results that don’t always meet expectations. If a company needs to accurately geolocate a list of hundreds or even thousands of addresses at the same time (that is commonly known as bulk geocoding or batch geocoding), the use of Google Maps via API could be limiting and impractical. The company, in fact, should first develop ad hoc software able to connect via API to Google Maps and then manage the entire process of sending and receiving geographical data and addresses without any mistakes. Furthermore, the system, even if built to perfection, should accept unreservedly the results provided in output by the Google Maps API geocoder, counting on the one hand that the starting data is correct or precise enough not to generate ambiguity and, on the other hand, that the Google Maps application is able to process the addresses providing reliable results in output. But this approach lacks precision and safety!

How do you obtain the desired information, that is the exact geographical coordinates of tens, hundreds or thousands of addresses, quickly and error-free?

The answer is given by the Google Maps Batch service combined with our Address4 software. We are talking about an innovative feature that we have implemented to our suite of services for normalization and geocoding. Thanks to the Google Maps Batch tool provided by Address4, anyone is able to upload an address file and obtain a perfectly georeferenced file within a few minutes, i.e. each address will be associated with an exact geographical point, identified by its coordinates. Beyond the uniqueness of the operation, the advantage is to combine the wide coverage of Google Maps geocoding with the incomparable accuracy of Address4 in recognizing territorial data. An outcome that ensures enormous benefits in quality and competitiveness in various business sectors. Let’s take a better look at how Google Maps Batch geocoding works and how we can make the most of a bulk geocoding process.

GEOCODING API AND PLACES API: THE STRENGTHS OF GOOGLE MAPS

To fully understand the logic of a bulk Google Maps geocoding action, it is essential to start with the choice of the Google Maps platform for the geocoding services. There are lots of platforms similar to Google Maps, but we have chosen Google Maps for its coverage and for its diffusion in the market. There are two strong points that deserve to be emphasized:

The Geocoding API is the best solution for handling unambiguous queries: complete strings of postal addresses (for example, “48 Pirrama Rd, Pyrmont, NSW, Australia”). Compared to other Google APIs, the Geocoding API provides the best quality address matching globally for these types of comprehensive and unambiguous queries. However, the Geocoding API is not recommended if the application handles ambiguous or incomplete queries, such as “123 Main St”, or if it deals with queries that contain information other than addresses, such as apartment numbers or company names.

So far, we have added some elements that justify the choice of Google Maps to other platforms, such as Openstreetmap for example. However, the operations carried out by Google Maps via API through Geocoding and Places are not sufficient to deal with all the scenarios. If Geocoding works quite well with addresses that are precise from the state and if Places work from the telephone number or the company name, what happens when a postal address undergoes unexpected changes related to territoriality or when the input address is inaccurate or incomplete? Here another factor also comes into play and it concerns the specificity of each country or geographical area. For Italy, for example, the Address4 system also considers the numbering of Venice’s Sestieri [neighborhoods], that is the street numbering (the most common) but also the insular numbering (which is used only in some areas of the city). We are able to also consider these variables because we integrate multiple complementary sources into our software in order to provide the most correct correspondence between the user’s query and the system response.

This milestone is the result of the incorporation of complex algorithms at the basis of what has been renamed EGON CODE (from the name of the homonymous Egon software, a national standard for the management of streets, addresses and geolocation). This is a unique, updated and permanent code that will never change, even following territorial reorganizations. This code fully satisfies the principle of address identity, i.e. the identification of an address according to its geographical coordinates, regardless of territorial or linguistic variants. So, we don’t have to fear any ambiguity, as it would happen using geocoding of Google Maps only: even if we were dealing with a series of unusual addresses, such as the challenging red numbers of Genoa or Florence, we would have nothing to fear because the EGON Code also considers the exceptions to the rule.

But to perfectly batch geocode with Google Maps, there’s still one last step and that is the so-called “EGON Quality Check“, which is the process of checking the reliability of the addresses by means of the comparison with the EGON Code.

In the case of the Google Maps batch geocoding provided by Address4, the addresses will be processed in parallel, both with Address4, which will identify them one by one by means of the EGON code, and with the Google Maps API geocoder, which will assign the geographical coordinates to each address. As a last step, before providing the end user with the answer, the data provided by Google Maps will be checked once again by the Address4 system by means of the EGON Quality check, and the input addresses of the EGON code will be compared to the output records provided by Google and a value will be assigned to indicate the level of reliability of each datum.

It is the highest quality: a Google Maps service served in batch mode, very fast, precise – it’s the icing on the cake: the quality certification of the output data, guaranteed by Egon.

Address4 works in over 250 countries around the world in all major Western languages. This evolved and constantly improved software is the final solution for the highest level of batch geocoding with numerous possibilities of integration.

Create your personal account and try Google Maps Batch in the ADDRESS4 platform for free!

In a few seconds, you will have your profile and your 100 free credits to use to test Address4 and geocode your first addresses. You will also get a free e-book on Data Quality, a valuable resource that will help you learn more about the benefits of normalization.

Well, now you just have to take advantage of the Address4 suite, your ally in the bulk geocoding of addresses for modern and competitive businesses. 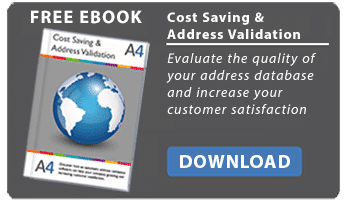